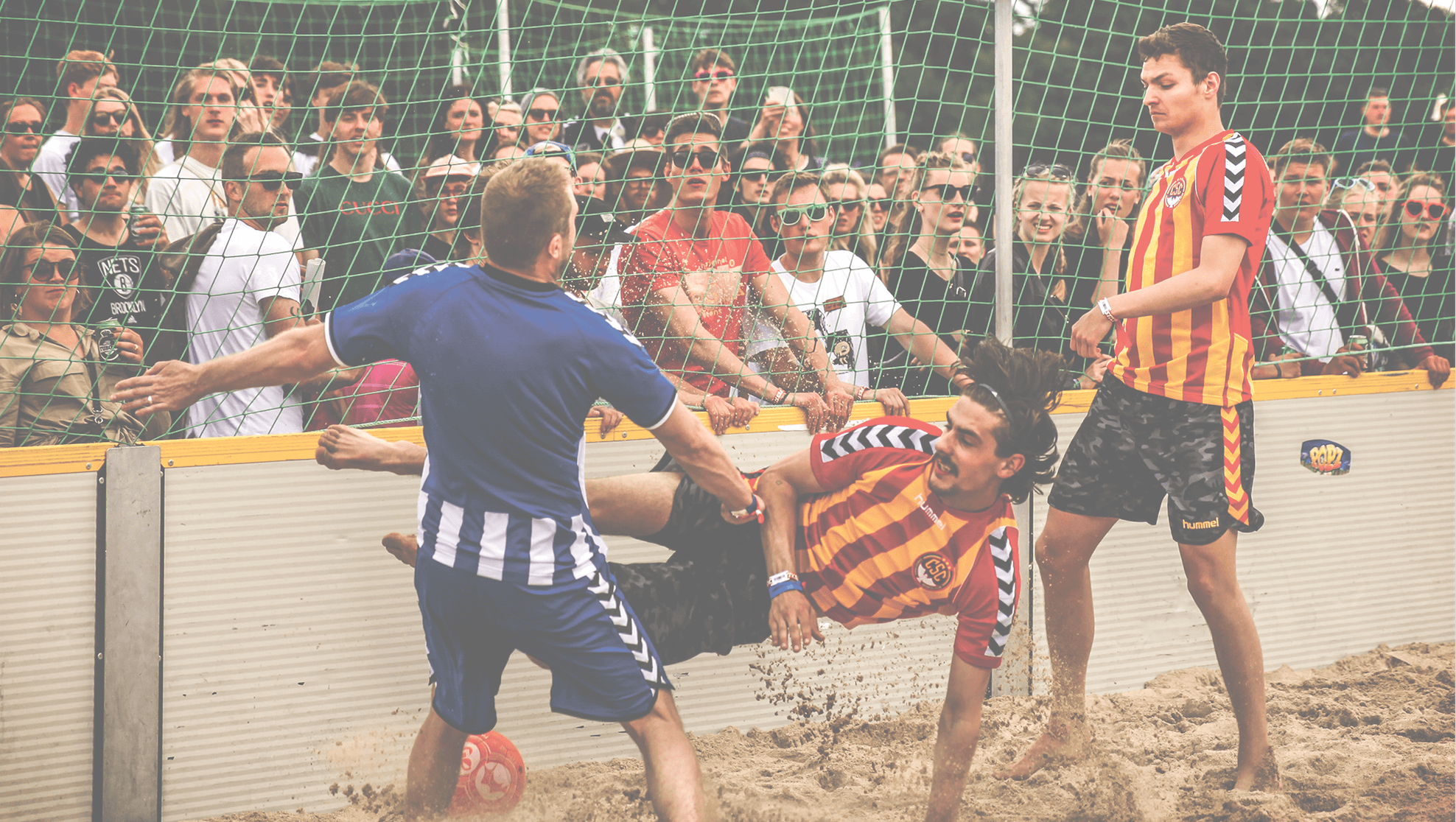 A full year’s honour was at stake when Christiania’s football team met Roskilde Police for a ruthless and sweaty game in the sand by Street City.

It took 12 seconds. Then the first policeman was forced to bite the dust after a hard tackling courtesy of a Christianite. The game was tough, with both shoving and direct body contact on the menu. There was nothing wrong with the mood, however. Not even among Anders and the rest of the police squad, who were beaten 2-7 by a technically superior Christiania crew.

‘It was damn hard, but a lot of fun. It’s cool to try being a policeman in a different way than usual’, he said after the match.

However, it took until half-time for the Christianites to really get going. A throw-in struck the head of one of the red-and-yellow-striped, and from there onwards the game was cruise control for Christiania Freetown’s football flagship.

After the game, there was backslapping and hugs across the teams, but also limping and bleeding shins and ankles.

‘This is the most intense game I’ve ever played’, said the Christianite Noa after the match, clutching an ice pack to his leg.