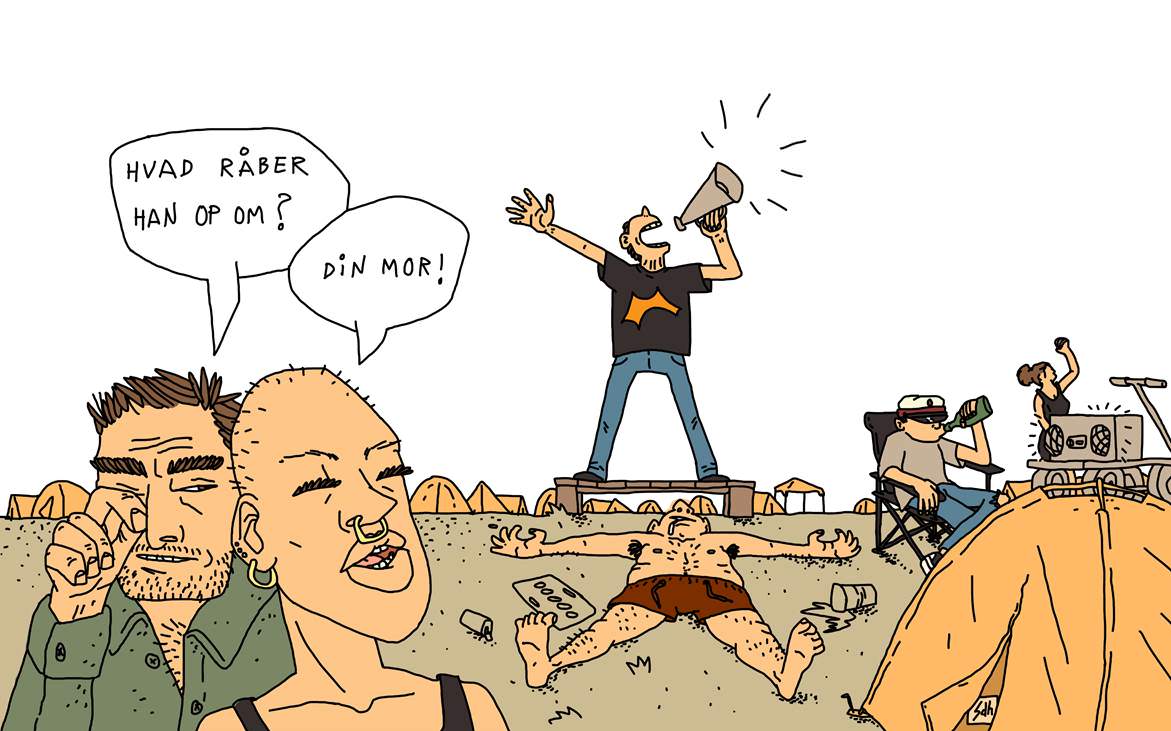 Roskilde Festival is focusing heavily on the new Rising area, which is meant to make people meet and share opinions. But a poll among the festivalgoers reveals that four out of five have never heard about the work to change attitudes.

Have you visited one of the two Dream Catchers in the new Rising area? Or did you stop by the area for an activism talk on Sunday?

Then you are something of an exception. In a non-representative survey, only four per cent of this year’s festivalgoers replied that they have heard about and participated in Roskilde Festival’s attitudinal work. 80 per cent have never heard about it.

We sense that people want attitudes

Christina Bilde, spokeswoman for Roskilde Festival, says that low awareness level goes back to the festival itself. But, she believes, it is not because people cannot be bothered with a festival that can create and shape opinions and debates.

‘Based on the responses we get, we notice that festivalgoers would like a festival which has an opinion and can generate debates and discussions. Of course, many come for other reasons. But we would love to surprise, thrill and challenge those people’, she says.

‘Moreover, I think there are some people who aren’t aware that they are familiar with our attitudinal work’, she adds.

This year’s theme is ‘meaningful youth’

The focus of the year is ‘a meaningful youth’. There will be debates, exchanges of opinions, and discussions, based on a wide and varied programme.

This year, Roskilde Festival has created the Rising area, where there are workshops, debates and brand new music. There are also activities all around the festival area. The hope is that this will increase the awareness level.

‘We hope to create more recognition by spreading the activities over a wider area’, says Christina Bilde.

‘I usually hear about the festival’s campaigns, but I actually haven’t heard anything this year. I’ve been down to Rising and checked out some of the music, but I haven’t heard any debates.’

‘I haven’t heard about the attitudinal work at all. I’ve walked past Rising a couple of times, but I haven’t really checked it out.’